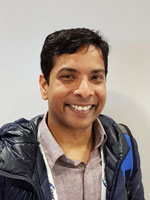 Dr Arun Alfred is a Consultant Haematologist based at The Rotherham NHS Foundation Trust, South Yorkshire. His team provide a regional Photopheresis service for the treatment of GvHD. Working closely with the referring centres, the team are actively involved in managing patents with GvHD, treating both adult and paediatric patients. Dr Alfred’s interests are acute and chronic GvHD, patient quality of life and late effects. He is a member of the Royal College of Pathologists, UK Photopheresis Society and EBMT. 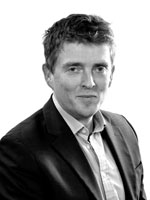 Professor Bloor graduated from Cambridge University in 1994 with a degree in Medicine. He undertook General Medical training in Cambridge and Specialist Haematology Training at University College Hospital, London. As part of his training he spent 4 years working in Tony Green’s Laboratory in Cambridge, leading to a PhD in Molecular Haemopoiesis. He moved to Manchester in 2006 to take up a Consultant post in Haemato-Oncology and was awarded an Honorary Clinical Chair at the University of Manchester in 2019.

He is Principle or Chief Investigator for a large number of trials in Haemato-Oncology and Stem Cell Transplantation. He is a member of the NCRI CLL Clinical Trials Committee, the Blood and Stem Cell Transplantation Clinical Reference Group (NHS England) the Leeds CLL Trials Management Group. He is a member of the UK CLL Forum Executive Committee and Medical Advisory Panels to the Lymphoma Association and Bloodwise. 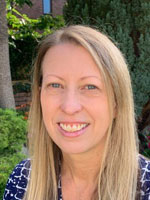 Dr Wendy Ingram is a Consultant Haematologist working within the South Wales Blood and Marrow Transplant Programme at the University Hospital of Wales (UHW), Cardiff, with a specialist interest in Myelodysplastic Syndromes (MDS). She has a lead role in immunotherapy and was pivotal to setting up the clinical service to deliver CAR T cell therapy in Wales.

Dr Ingram received her medical degree from St Bartholomew’s and The Royal London School of Medicine and Dentistry in 1997 and completed specialty training in Haematology at King’s College Hospital, London, where she was awarded a Leukaemia Research Fellowship and a Biomedical Research Council Award. She completed a PhD in 2009 studying the ‘Immune Biology of AML’ with a focus on AML whole cell vaccines and set up an early Phase I, first in man study in the field of immunotherapy, gaining first hand experience in GMP/GCP and regulatory requirements including submissions to MHRA and the gene therapy advisory committee (GTAC).

Since this time, Dr Ingram has served as principal investigator on a wide range of commercial and investigator led studies primarily within the fields of MDS, AML and allogeneic stem cell transplantation. Dr Ingram is a core member of the UK MDS NCRI subgroup and co-investigator for the Trials Acceleration Programme (TAP) and IMPACT portfolio at UHW, Cardiff. 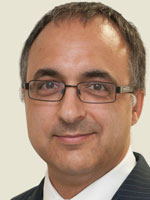 Professor Josu de la Fuente completed his general training in paediatrics in different hospitals in London and following membership of the Royal College of Paediatrics and Child Health, he trained in haematology at Imperial College and Great Ormond Street Hospital achieving membership of the Royal College of Pathologists. During this time, he developed an interest in red cell disorders, bone marrow failure and transplantation. After a period of research in human developmental haemopoiesis as an MRC Clinical Research Fellow leading to a PhD, he was appointed in 2006 to lead the paediatric Blood and Marrow Transplant Programme at St. Mary’s Hospital, which specialises in transplantation for haemoglobinopathies and bone marrow failure, and has been innovative in the use of alternative donors. He has also developed a unique clinical and research programme for Diamond Blackfan anaemia patients. He is member of the Scientific Committee UK Thalassaemia Society and the medical adviser for DBA(UK). He is a member and haematology lead in the Paediatric Medicine Clinical Reference Group of NHS England developing national standards of care. 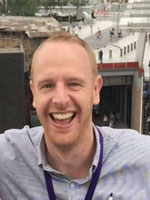 Richard Dillon is a Haematologist with an interest in AML and leads the UK molecular MRD reference lab based at Guy’s Hospital.

Molecular techniques for detection of minimal residual disease in AML provide very powerful prognostic information and can allow personalisation of therapy to each individual, maximising benefit and minimising avoidable toxicity of intensive therapies. A key example of this currently is selection of patients for bone marrow transplant and for post-transplant intervention. However, with an ever increasing range of new therapies available for AML, MRD techniques provide an ideal way to identify patients who will benefit from novel agents while at the same time allowing them to be applied at a time when disease bulk is low and they are more likely to be effective. The next generation of clinical trials is therefore likely to use MRD both as a trigger for intervention and as an endpoint in itself.  Dr Dillon will outline current and emerging methods for detection of MRD and show how these can be used to optimise the outcome for patients. 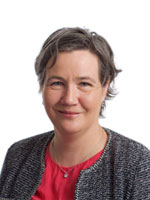 Dr Flynn is a consultant haematologist at St James’s Hospital, Dublin. She is also a consultant haematologist at the Coombe Women and Infants University Hospital since 2007. She was a previous national speciality director for Higher Specialist Training in haematology from 2011 to 2015.
Dr Flynn holds a Bachelor of Medicine, a Bachelor of Surgery and a Bachelor of Obstetrics from the Queens University of Belfast (1995). She completed specialist haematology training in Dublin. Her training took her from Ireland to the University of Minnesota, Minneapolis, USA where she started a haematology fellowship with a subspecialty interest in stem cell transplantation (2003 – 2006).
She completed her Doctor of Medicine (MD) on haematopoietic stem cells and haematopoiesis in the Katholieke Universiteit of Leuven, Belgium. She returned to Dublin in 2007 and works as a consultant haematologist in the National Adult Bone Marrow Programme.
Dr Flynn’s clinical interests include malignant myeloid diseases (myeloid leukaemia and myelodysplasia), transplantation, bone marrow failure syndromes and haematological diseases during pregnancy. Her research interests include myeloid diseases, aplastic anaemia and haematological disease in pregnancy. She has published in these areas. 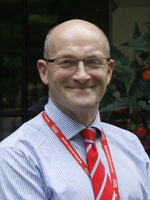 Professor Jackson is a Consultant haematologist at Newcastle Hospitals trust, Newcastle upon Tyne and is a Professor of Haematology at Newcastle University.

Throughout his career, Professor Jackson has received a number of awards, scholarships and grants. He has served as President of the Bristish Society for Haematology and British Society for blood and marrow transplantation. He is a director of Myeloma UK and Scientific director of the UK myeloma forum.

He has been Chief Investigator on UK MRC Myeloma IX, XI and XI+ trials as well as co-CI ON the up-coming Myeloma XIV trial.

He has led the Newcastle myeloma clinic for over 20 years.

Professor Jackson has written a number of book chapters and has been on author of over 200 peer reviewed papers. He referees papers for a number of highly respected journals.

He has been an invited speaker to multiple meetings nationally and internationally. He has spoken in China, Thailand, Australia, USA, and most countries in Europe and has given numerous presentations at the BSH, EHA, EBMT and ASH. 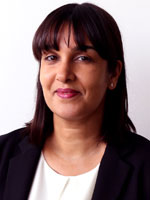 Dr Neema Mayor is Head of Immunogenetics Research at the Anthony Nolan Research Institute and is an Honorary Lecturer in the Cancer Institute at University College London. She is an Associate Editor for the journal Human Immunology and is a member of the Editorial Board of HLA and the International Journal for Immunogenetics. In addition, she has just completed her first term as a Councillor on the European Federation for Immunogenetics (EFI) Executive Committee.

Neema has worked at Anthony Nolan since 2001 as part of the Patient/Donor project, an on-going study that aims to identify how genetic and clinical factors of the patient and donor impact on haematopoietic cell transplant (HCT) outcome. She obtained her PhD from University College London while at Anthony Nolan in the group of Professor Steven Marsh. Her PhD studies demonstrated the impact of NOD2 polymorphisms on relapse rates and mortality for recipients of an unrelated donor HCT with an acute leukaemia.

Neema’s research is currently focussed in two areas; firstly, the development and implementation of novel methods to detect genetic polymorphism and secondly, analysing the impact of HLA and non-HLA genetic variants on HCT outcome in the UK transplant population. Recently Neema was responsible for the development of the third generation sequencing method Single Molecule Real-Time (SMRT) DNA sequencing for clinical HLA typing and aided in the transition of the technology from a research tool to a high-throughput, ISO 15189 accredited technique. Her current research projects are looking at how HLA matching at the level of resolution achievable with SMRT sequencing impacts on the outcome of stem cell transplants, as well as using this technique to identify other genetic markers that may be associated with better survival prognoses. 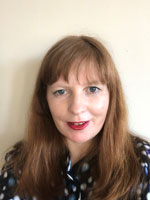 Dr Victoria Potter is a Consultant Haematologist specialising in stem cell transplantation at King’s College Hospital, London. After graduating from the University of Sydney she completed early post-graduate and specialty training in haematology in Sydney, Australia, working at Westmead, Prince of Wales and St Vincent’s Hospitals. In 2010 she moved to London to take up a clinical fellowship position at King’s before accepting a consultant position in myeloid malignancies and transplantation. During this time she participated in the visiting physicians programme at Fred Hutchinson Cancer Centre Seattle. In November 2017, Victoria was appointed BMT Director at King’s College Hospital. She is a member of the CMWP of the EBMT and is committed to the development of clinical trials in transplantation. She is the IMPACT principal investigator for King’s College Hospital London and the current secretary of the BSBMT clinical trials committee.

Her research interests focus on the use of DLI for the prevention of relapse post-transplant.
Dr Potter is fully trained in the assessment of patients for, and delivery of, CAR-T therapy and
is active in the development of an early trial for the delivery of allogeneic CAR-T therapy in
acute myeloid leukaemia. 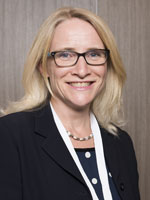 Rachel Protheroe trained at Barts and the London School of Medicine and Dentistry before embarking on Haematology training in Bristol. In 2005 she was awarded a Wellcome Trust Clinical Research Training Fellowship and undertook a PhD with Professor David Wraith at the University of Bristol. Her research focussed on the role of regulatory T cells in human alloreactivity. She returned to clinical haematology and was appointed Consultant in Haematology and Stem Cell Transplantation at University Hospitals Bristol NHS Foundation Trust in 2010. Since then she has developed an interest in transplantation for MDS and acute myeloid leukaemia and established a long-term follow-up clinic for adult transplant recipients. More recently, as Lead for Immune Effector Cell Therapy, she has established a new CAR T cell service at University Hospitals Bristol where she is Clinical Lead and Director of the Adult BMT Unit. 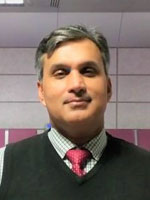 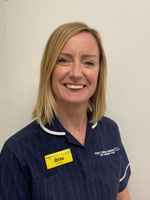 Órla is the Lead Nurse for Haematology at King’s College NHS Foundation Trust, London. Having trained in University College Dublin, Ireland she moved to London in 2002 and has been a Haematology Nurse for 20 years. Previously she was the Lead Lymphoid Clinical Nurse Specialist where she developed and ran several nurse-led initiatives including long term follow-up, bone marrows and telephone clinics. She is an active member of the EBMT Nurses Group and runs the EBMT Nurses Group Twitter account. She has extensive experience in CAR-T therapy and has set up and now manages the CAR T service at King’s. She set up and chaired these nurse CAR T meetings in 2017. 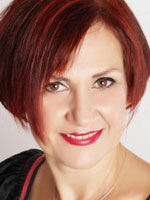 Dr Tholouli completed her haematology training in Manchester, undertook a PhD at Manchester University investigating prognostic molecular markers in AML and consolidated her transplant experience at the Fred Hutchinson Cancer Centre, Seattle-USA, one of the world’s largest transplant centres. Her expertise covers a wide range of haemato-oncological malignancies (leukaemia, myeloma, lymphoma) and non-malignant disorders (bone marrow failures, aplastic anaemia). She is the Director of the Adult Stem Cell and Immunotherapy Unit and Haemato-Oncology Pathway Board at Manchester Cancer. She is a member of the AML working party and has authored many publications (manuscripts, book chapters) and presented at scientific congresses.